Exequatur of an arbitral award, corruption and judicial review

In the event of an exequatur of an arbitration award, is the French judge obliged to widen the scope of these verifications? This is even more so when criminally convicted cases of corruption are at the origin of the commercial dispute that led to the contractual recourse to arbitration?

It is worth looking at two case law that was issued last September and that come to address the issue of the exequatur of an arbitral award and the judicial control that can be performed by magistrates on this occasion.

In French law, the exequatur approach is always approached in a so-called minimalist manner.

In fact, the Judge just carries out verifications of use in particular for the respect of the rules of international public order to be able to proceed to the exequatur of a foreign decision.

However, the case seemed more complex than it seemed.

Indeed, the arbitration phase itself was accompanied by a criminal procedure, distinct indeed, but characterizing the corruption of members belonging to the parties involved in the conduct of the arbitration.

The question arose as to whether, ultimately, the judge was not required to carry out a more extensive check and refuse, if necessary, to validate the exequatur?

The Court of Cassation answers, once is not custom, in the affirmative.

In that case and following two contested judgments of the Paris Court of Appeal of 27 September and 15 November 2016, Company B and Company I concluded on 13 December 2007 a contract for the sale of granular urea for two African states.

Relying on the delay in unloading the vessel carrying the goods, the second company implemented the arbitration agreement contained in the contract and requested the payment of demurrage.

During the arbitration proceeding on February 25, 2013, the parties agreed that Company B would pay US $ 1 million to Company I.

However, it was at the same time reproached to one of the employees of the company I to have been corrupted by the other company, it is in these circumstances that a correctional decision was made by the Paris Criminal Court condemning the person concerned and consecrating the facts of corruption.

In this case a sales contract was concluded between the two companies and a dispute arose due to a delay in delivery.

The Tribunal had ordered the seller to pay various sums but subsequently the Paris Criminal Court had found the buyer guilty of the offense of bribery on the ground that he had paid an erroneous commission to one of the employees of Company B.

The question was whether the above-mentioned acts of corruption were intended to affect the arbitration decision and thereby prevent its exequatur.

The Court of Appeal dismissed the application for exequatur on the ground that a correctional decision had been issued for acts of corruption directly related to the subject of the arbitration.

Company I has lodged an appeal on points of law by holding that the reservation made in the case where the plea is based on a fact subsequent to the arbitral award, or the case where the fact is not brought to the attention of the party who may invoke that subsequent to the arbitration award, it is incumbent on the party, who has an interest in invoking it, to rely on it before the arbitrator in the course of arbitration proceedings and failing that, it is inadmissible .

The exequatur imposed, the French judge does not have to know this problem of corruption … sic.

Company I also maintained that the Exequatur Judge could validly retain an infringement of public order only if this infringement was flagrant, concrete and effective.

Insofar as the arbitration proceedings concerned only the execution of one of the contracts concluded, nothing prevented an exequatur, all the more so because the French judge did not really determine a direct link or a sufficient impact. to challenge the arbitration awards themselves.

Company I would consider that if the French Correctional Judge had retained the existence of the offense of corruption, in connection with a problem of overcharging, there was nothing to suggest that this was sufficient to call into question the two arbitral awards rendered, so that that nothing prevented the exequatur.

However, the Court of Cassation is not mistaken.

The High Court holds that, after having stated that when it is argued that an award gives effect to a contract obtained by bribery, it is of course for the French Judge of the exequatur to assess whether the execution of the award violates, or not, the French conception of international public order,

Thus, the Court of Appeal, whose extent of control over the respect of the public order of substance could not be conditioned by the attitude of a party before the referee, was not obliged to explain on a circumstance arising from the non-renewal by company B of the bank guarantee.

The Court of Cassation then held that, having stated that the disputed sale had been concluded, on the basis of unbalanced conditions to the detriment of company B, by his employee, because of his corruption by company I, the unlawfulness of this contract had been established by the Criminal Justice and that the recognition of the sentence would allow society I to withdraw the benefits of the corruptive pact, it is right that the Court of Appeal held that this pact offense was originally the sentence pronounced by the arbitrator,

So that the Court of Appeal had legally justified its decision not to recognize in France this sentence violating the French conception of the international public order.

This decision is to be welcomed for two reasons.

In the first place, this case-law confirms that, in the event that there are alleged acts of corruption which would have allowed one of the co-contractors to take advantage of it, and, in case of dispute, to obtain substantial compensation without these facts of corruption seriously impacting the arbitration award, the exequatur of an arbitrable award arising from a contractual breach directly linked to the acts of corruption is contrary to French public policy.

Secondly, more generally, this case-law reiterates that it is for the parties seeking the exequatur of a decision to ensure that it complies fully with the rules of private international law. 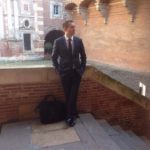 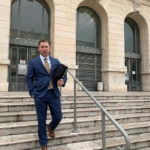